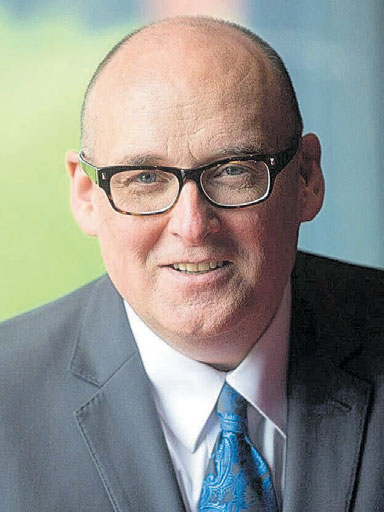 NEXT IMAGE
NGC expands its portfolio
The National Gas Company (NGC) says it is continuing to move forward with its green initiatives through expansion of its energy portfolio.

NGC said this will create value for the company and the country as whole, marking a major development in its growth and investment strategy.

The parties will now seek to conclude negotiations on the final agreed terms.

“The term sheet represents a significant milestone in NGC’s energy marketing and trading portfolio as it allows the Company to expand its international methanol trading footprint as an integrated energy player focused on improving its carbon footprint.

GCMP, located in Plaquemines Parish, Louisiana, is in proximity to the Gulf of Mexico, one of the world’s major international energy hubs.

GCMP’s prime location provides NGC with the opportunity to deepen its internationalisation thrust as part of its overall growth strategy to seek business beyond the shores of T&T “This venture with IGP Methanol also demonstrates NGC’s commitment to align its operations and investments within the clean energy landscape. IGP Methanol is finalising the development of the first of its planned world-scale blue methanol plants in Louisiana to supply the rapidly growing and unmet global demand for ultralow-carbon methanol,” NGC stated.

The first plant is expected to come onstream in 2026.

“The plant will adopt the Haldor Topsøe Blue Methanol technology, which uses hydrogen for heating. This significantly reduces the amount of CO2 emitted from methanol processing.

“Additionally, the plant’s produced carbon dioxide will be captured and directed either to sequestration or for re-use by carbontech companies located adjacent to the plant, including the potential to recycle the CO2 into green methanol,” NGC stated.

James S. Lamoureaux the chairman of IGP Methanol, stated that, “The signing of the term sheet between NGC and IGP Methanol is a major advancement in bringing the world’s next generation of blue methanol to market. Clear synergies between the two companies have already emerged and we are both committed to growing opportunities in ultra-low carbon and carbon negative fuels and chemicals.”

According to NGC’s president, Mark Loquan, “The term sheet satisfies a number of strategic touchpoints for NGC as we pivot our business model to work in tandem with energy transition. This is a step toward the realisation of our dedicated efforts to broaden the scope of our commercial activities in sustainable energy-related business. It represents a major advancement in building and solidifying our global competitiveness and international reach.

“Most significantly, we have an opportunity to be involved in a project that aligns with NGC’s Green Agenda, cementing our pledge to actively support a low-carbon future.”