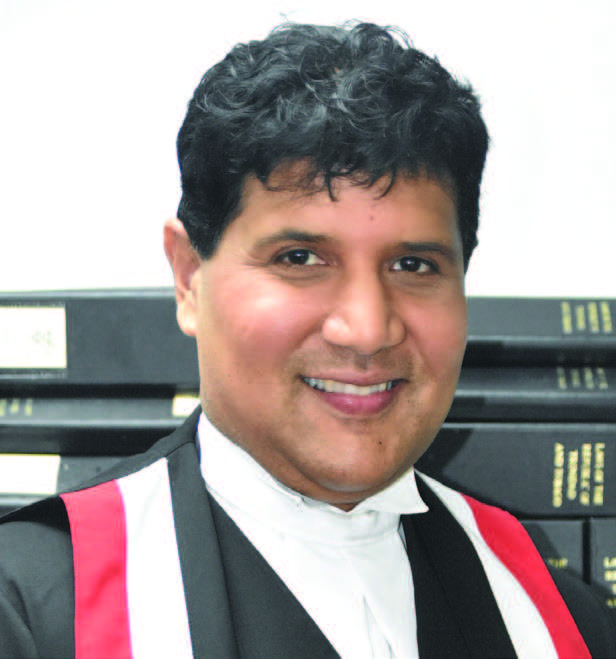 
Social media users have been warned against posting and sharing defamatory content in private group chats on instant messaging platforms such as WhatsApp.

High Court Judge Frank Seepersad issued the warning yesterday, after upholding a defamation lawsuit brought by a woman police constable (WPC) against a former male colleague, over statements made in a private WhatsApp group for officers of the T&T Police Service’s (TTPS) Central Division in 2020.

In deciding the case, Justice Seepersad had to consider whether his 2018 landmark ruling, on the ability to sue for defamation on social media platforms such as Facebook, extended to private group chats as in the case of the officers, who cannot be named based on a court order.

Justice Seepersad ruled in the affirmative.

“There is significant use of WhatsApp in this republic as a medium to transfer information and to discuss a myriad of issues and events. Persons may feel that there is a measure of security using such a forum, as it is marketed as a private forum,” Justice Seepersad said.

The right to express one’s views cannot be used to negatively impact the reputation of others without justification. Users of messaging platforms should therefore only post about others that which you know to be true.”

Justice Seepersad also warned users that sharing defamatory content posted by others may still lead to them being held liable.

“The simple guide must be that you don’t forward a message about another person which you are not prepared to defend,” he said.

He also noted that defamation could apply to internet memes, which feature an edited photo with an attached humorous message.

“Where a published meme is devoid of justification and it impugns, inter alia, a person’s integrity, honesty, morality or professional competence of the subject and causes the lowering of the subject’s reputation in the eyes of a reasonable person, a claim in libel is possible,” he said, as he also expressed concern over defamatory comments in blogs and online comments.

The lawsuit between the two officers related to comments made by them in the group chat with 211 Central Division colleagues.

The WPC began the exchange as she sought to respond to a post by another colleague, over a police officer being charged with four criminal offences. She allegedly claimed that an unnamed officer, who she referred to as “Homer Simpson” and “Humpty Dumpty”, was eager to defend wrongdoing by members of the TTPS and could not conduct a proper investigation. She also accused the officer of committing perjury in a criminal case.

Her male colleague, who claimed her post targeted him, responded by accusing her of having sex with senior officers to obtain favourable postings within the division. He also accused the female officer’s husband of being a “bandit.”

The WPC filed the lawsuit over her colleague’s comments and he counter-sued over hers.

In deciding the case, Justice Seepersad noted that while the male officer claimed he was identified by the WPC, as “Homer Simpson” was the nickname given to him by some of his colleagues, he provided no evidence to buttress his claim.

Justice Seepersad also noted that the WPC’s comments were general in nature and not defamatory.

“It seems to be a view being expressed as a matter of perception,” he said.

Dealing with the male officer’s comments, Justice Seepersad noted that he admitted his comments were directed at her while testifying yesterday.

While he accepted his comments on the WPC’s husband were justified, as he was, in fact, charged with money laundering, he noted that his comments on her sexuality were not.

“Such statements are unacceptable.

It is unfathomable that a police officer would consider making a post such as this on a private chat with 211 colleagues. The tendency to slut shame women has to stop,” he said.

In deciding on $75,000 compensation for the WPC, Justice Seepersad noted she would have suffered acute stress from her professional competence being questioned based on her sexual activity.

“Far too often, women are viewed as soft targets and there is a societal trend to objectify women,” Justice Seepersad said.

“It demonstrates how far we have to go for our men to start treating our women as equals,” he added.

As part of his decision, the male officer was ordered to pay the WPC’s legal costs for the lawsuit.

The WPC was represented by Kiev Chesney and Chelsea Stewart, while Taradath Singh represented the male officer.