Economist: The country is almost broke 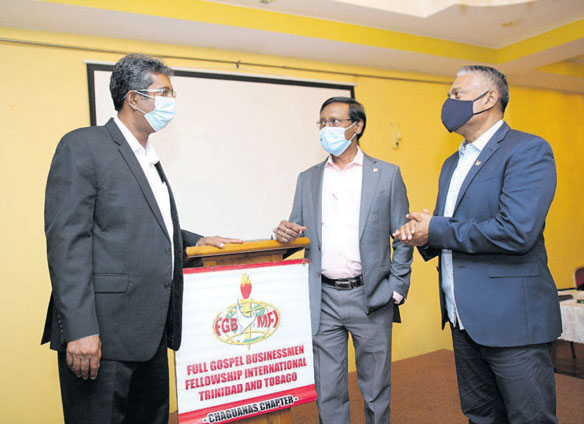 Although the International Monetary Fund (IMF) has projected economic growth of 2.1 per cent for T&T this year, economist Dr Roger Hosein yesterday warned that the economy is in dire straits.

He said while he has great respect for the IMF’s projection he believes the agency is being overly optimistic about T&T’s economic outlook.

In its latest Global Economic Outlook, the IMF said T&T’s Gross Domestic Product (GDP) would grow by 2.1 per cent this year and by 4.1 per cent in 2022.

But according to Hosein, the last time the economy grew was in 2018 and that was a mere 0.1 per cent.

He said the IMF’s projections are based on numbers they received from the natural gas and oil sectors but over the last four months of 2020 and the first three months of 2021 natural gas production has been on the decline “I could be wrong but based on the evidence of the last seven months, my understanding of the econometrics is that this 2.1 per cent could be wrong,” he said in his address at a business luncheon hosted by the Full Gospel Businessmen Fellowship International at Passage of Asia Restaurant in Chaguanas.

Hosein said that T&T’s GDP projection is still lower than the rest of the Caribbean and there is little to celebrate.

“Between 2007 and 2021 we produced 4.379 billion barrels of oil and gas, so you would expect to see something substantial.

He added: “Prior to COVID-19 I was very worried about Trinidad and Tobago’s economy and then COVID-19 made it even worse.

Then I looked at the World Economic Outlook and that has me concerned.”

Warning that the country is almost broke, Hosein pointed out: “We have some money in the Heritage and Stabilisation Fund (HSF). If you look at the numbers most of the money was spent on transfers and subsidies.”

Hosein noted that T&T’s labour force has been declining over the last few years but he qualified that by saying that he is not fully sure of the reasons.

He called for policymakers to immediately form a task force to determine why the labour force is shrinking and what can be done to reverse it. To solve the problem, he proposes that Government use migrant labour in important sectors.

“When you pass by the bars in Gasparillo you will see Venezuelan girls standing outside and looking for customers to come in.

That’s my great concern. This is exactly where we don’t want undocumented workers to go. So if you sell more Johnnie Walker alcohol, you need to get foreign exchange. Then these same Venezuelan go to PriceSmart and they buy and send things home and they use foreign exchange,” he said.

Hosein said the country Government must do its best to improve the ease of doing business as investments are needed to diversify the economy.

Asked what could be done to help the private sector become more competitive and innovative, Hosein said there is a flawed incentive structure that causes business people to import and sell goods from abroad rather than come up with new products.

“One way to change the incentive structure is to devalue the currency. I am not saying that we should devalue the currency immediately,” he said, adding that academia should work together with the business sector to develop solutions. However, it is the role of the Government to take the lead in reforming the economy.

“The state in terms of the ease of doing business is the entity that has the greatest influence in a small economy in influencing change. Most of the big business people in this country do not have big enough pockets,” he said.